Lord of the Rings Tournament 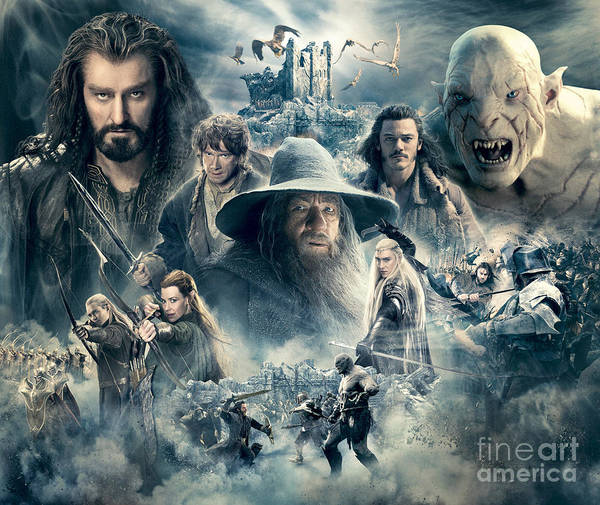 “End? No, the journey doesn't end here. Death is just another path, one that we all must take. The grey rain-curtain of this world rolls back, and all turns to silver glass, and then you see it. White shores, and beyond, a far green country under a swift sunrise.” – Gandalf the White Lord of the Rings

Entry Fee: $10.00 for all players, even members. This goes towards the prize pool.

Army Size: 450 point armies, players are able to bring both a Good army and an Evil army. See below list building for more information.

Time Limit: 1.5 hours will be given for each match. Players will be given a 20 minute notice before the end of the match. Please do not start another round if BOTH players can not satisfactorily finish their turns. When in doubt, call over a tournament organizer.

Prizes Announcements: 5:15pm Awards: Prizes provided by Mythicos Studios based on attendance. We greatly value the hobby, and building a force that is thematic to the world of Middle-Earth prizes and trophies reflects that.

1.0 List Building Lists must be 450 points (or less). Players are allowed to bring both a Good and an Evil army. However it is not required for this event you may choose to only bring 1 army. Each round players will roll off, with the winner deciding if they want to play Good or to play Evil. Their opponent will then select the opposite army from their two selections. If a player only has 1 army with them, their opponent is allowed to pick EITHER of their forces even if this means the game will be Good vs Good or Evil vs Evil.

No impossible alliances permitted. In addition, the Desolator of the North army list may not be used. There are no further restrictions aside from those found under “Matched Play” on pages 128-137 of the Middle-earth Strategy Battle Game Rules Manual. All lists must follow the current rules using the Middle Earth SBG Rulebook. Any current edition publication produced by GW containing profiles for Middle Earth SBG are allowed in the event. (Gondor at war, Scourging of the Shire, ect).

1.1 Models that will not be allowed at this event: While they may be allowed at future events and other models may be added to the disallowed list, the following models are not allowed for this event. Tom Bombadil Goldberry Smaug, The Deselator of the North

1.3 Event Mission List: Missions will be selected from the Matched Play Guide.

1.4 Timed Rounds: Rounds will be 1.5 hours. You will be given a notice at 15 minutes remaining in each round. If you do not have enough time remaining for BOTH players to play their turns please do not start another round.

1.5 Scoring: Each round players will use the scoring as listed in the mission they are playing. Keep track of these results to report to the TO. Tournament points are earned as follows.

6 Tournament Points for a Major Victory.

5 Tournament points for a Minor Victory.

2 Tournament points for a Draw.

1 Tournament points for a Minor Loss.

0 Tournament Points for a Major Loss.

If you have any questions feel free to email John.Sigsby@mythicosstudios.com