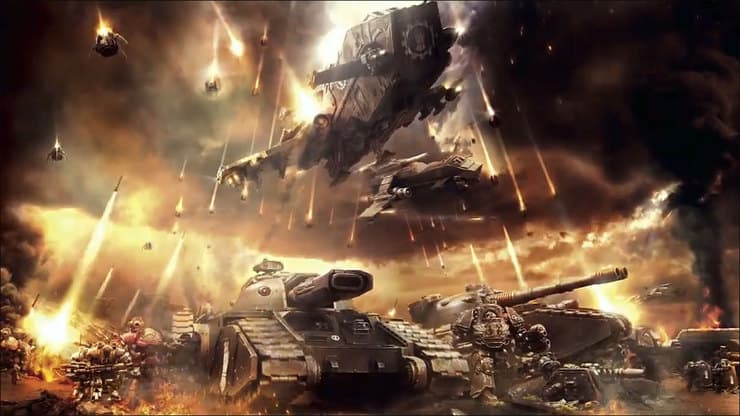 The Burning of Ikarus, A Horus Heresy Event

All ticket sales go directly into prize support
​Phase II, Armored Siege
​November 13th 10 AM
​010.M31
​Mythicos Randolph,
​Mythicos Studios, 1152 NJ-10 Unit 1, Randolph, NJ 07869
​IKARUS
​Ikarus was a world in chaos. Loyalist forces having fled from Novo Carillion to the planet
​following their defeat, were closely pursued by the Warmaster’s legions. Ikarus was already split
​by the Heresy, it is to this planet and its surrounding space that all these forces are drawn. This is
​where the Loyalists made their stand, this is where the fate of millions was be decided.
​Initially discovered during the Great Crusade by the 737th Expeditionary Fleet (the so-called
​Harbingers of Enlightenment) and was quickly colonized by the fledgling Imperium. Quickly
​becoming known as a sheltered port in the stormy Immaterial lanes between the Delios Sector
​and Thramas Sector, Ikarus grew from a backwater colony to subsector administratum hub in
​only 150 years. Boasting a highly diverse climate extremely adaptable to human life, the Imperium
​took to Ikarus like fish to water. Glacial frost fields covered the northern and southern poles of
​the sole continent, and all other manner of biomes were found between. Gigantic Hive Cities, like
​Kretos, soon sprouted out of the once-lush forests, and ultimately destroyed the forests they were
​built upon.
​The atmosphere of the planet has now become toxic and corrosive. The poisonous air burning any
​exposed flesh and scouring the surface of indigenous life. Blinding storms of caustic ash obscure
​the surface from orbit. Ikarus’ role during the Heresy was one of blood and treachery. Initially
​declaring for the Emperor, a small contingent of the planets’ bureaucratic ruling class, the
​Overseers, prepared a coup d'etat, brazenly assassinating the Premier Director of the Order of the
​Administratum, in the Cloister of the High Civil Service. Each assassin carried with them a small
​brass hatchet, and in a twisted sense of justice, cut down the Premier Director like the originally
​settlers cut down the trees to build Kretos, plunging the planet into the ongoing Civil War tearing
​the galaxy apart. It is into this the bloody conflict between loyalist administratum forces, and cult
​militia tearing the planet apart that loyalist forces attempt to make their stand.
​The Battle so far:
​Reports of dismal failure by the Warmaster's forces begin to filter back from Ikarus, into the
​Thramas sector. An odd mix of loyalist Death Guard, Mechanicum, and Imperial Fists, stiffened
​by a lost detachment of Custodes, halted the light ground forces dispatched to secure the landing
​zones, and armored airlocks leading into the hives. As the day wore on the loyalist success
​stiffened the administratum forces resolve and brought the planet firmly under Imperial control
​despite Sons of Horus and Iron Warriors best efforts.
​
​2
​V 1.0
​The traitor’s heaviest engines of war began pouring into the sector to swing the balance. Massed
​armored formations and super heave vehicles had become the only viable option for surface
​warfare outside of the decimated hive cities. Ikarus became a rallying point against the
​Warmaster's forces, an attempt to stifle the advance of the Night Haunter's forces out of the
​Thramas sector.
​External Ikarus Environment
​Cold Void, Poisoned Air, Corrosive Atmosphere: This special rule can also be used to represent
​fighting outside environments filled with poisonous gas, choking industrial fumes or extreme
​heat/cold, as well as the effects of fighting in a depressurized area of a space vessel during a
​boarding action. When this special rule is in effect, the following apply:
​All weapons and attacks with a Strength of 4 or higher gain the Rending special rule, unless their
​target has Hardened Armour or Void Hardened Armour, has an Armour value (AV) or has a save
​of 2+. In the case of attacks against mixed units, apply these rending wounds to the more
​vulnerable targets first.
​All weapons and attacks which already have the Rending special rule now rend on a roll of 5 or 6,
​unless their target has Hardened Armour or Void Hardened Armour, has an Armour value (AV)
​or has a save of 2+. In the case of attacks against mixed units, apply these rending wounds to the
​more vulnerable targets first.
​All Fliers, jet bikes and bikes must take a dangerous terrain tests due to the corrosive effects of
​the atmosphere on exposed engines.
​Night Fighting is in effect throughout the game in all outside environments.
​Forces available for Phase II, Armored Siege:
​The toxic atmosphere limits the prolonged use of infantry outside of transports on the surface. At
​this stage of the battle all forces have limited exposed infantry units. All infantry units must have
​a transport they may re-embark on. Any rite of war that prevents units from being in transports
​you may re-embark in would not be allowed (Ex: orbital assault)
​In addition to the standard force organization, the Leviathan and Onslaught force organizations
​are permitted.
​This event is designed as the more traditional Tanksgiving event.
​
​Event Etiquette
​Hello and thank you for joining us today! We are here to have fun, roll dice and battle over this
​world! While all players and 30k-relevant armies are welcome, this is a fully painted event, where
​players should focus on the narrative and having fun over winning the games.
​ ​